Specific and selective angiotensin II receptor antagonists.3 Compared with ACE inhibitors, ARBs are associated with a lower incidence of drug-induced cough, rash, and/or taste disturbances.The effect of aliskiren, a direct renin inhibitor, on proteinuria in patients with type 2 diabetes mellitus (n = 26) was assessed and compared with that of placebo, irbesartan (an ARB), and the combination of aliskiren and irbesartan.8
The study was a double-blind, randomized, crossover trial. Patients were assigned to four 2-month treatments in random order. Monotherapy with either aliskiren or irbesartan significantly improved albuminuria when compared with placebo (P <0.001). p =" 0.028)." href="http://emedicine.medscape.com/article/238946-treatment?src=emed_whatnew_nl_0#Albumin">http://emedicine.medscape.com/article/238946-treatment?src=emed_whatnew_nl_0#Albumin
Publicado por Dr. Víctor Castañeda No hay comentarios:

CAN THE A1C TEST BE USED TO DIAGNOSE DIABETES ?
Glycated hemoglobin (HbA1c) is a form of Hb used primarily to identify the average plasma glucose concentration over prolonged periods of time. It is formed in a non-enzymatic pathway by hemoglobin's normal exposure to high plasma levels of glucose.
In the normal 120-day life span of the red blood cell, glucose molecules react with hemoglobin, forming glycated hemoglobin. In individuals with poorly controlled DM, the quantities of these glycated hemoglobins are much higher than in healthy people.
Once a hemoglobin molecule is glycated, it remains that way. A buildup of glycated hemoglobin within the red cell therefore reflects the average level of glucose to which the cell has been exposed during its life cycle.
An updated examination of the laboratory measurements of glucose and A1C by the current International Expert Committee indicates that with advances in instrumentation and standardization, the accuracy and precision of A1C assays at least match those of glucose assays. The measurement of glucose itself is less accurate and precise than most clinicians realize. A recent analysis of the performance of a variety of clinical laboratory instruments and methods that measure glucose revealed that 41% of instruments have a significant bias from the reference method that would result in potential misclassification of _12% of patients. There are also potential preanalytic errors owing to sample handling and the well-recognized lability of glucose in the collection tube at room temperature. Even when whole blood samples are collected in sodium fluoride to inhibit in vitro glycolysis, storage at room temperature for as little as 1 to 4 h before analysis may result in decreases in glucose levels by 3–10 mg/dl in nondiabetic individuals.
By contrast, A1C values are relatively stable after collection, and the recent introduction of a new reference method to calibrate all A1C assay instruments should further improve A1C assay standardization in most of the world. In addition, between- and within-subject coefficients of variation have been shown to be substantially lower for A1C than for glucose measurements. The variability of A1C values is also considerably less than that of FPG levels, with day-to-day within-person variance of _2% for A1C but 12–15% for FPG.


WHAT IS THE MOST APPROPRIATE A1C CUT POINT FOR THE DIAGNOSIS OF DIABETES ?

A recent analysis derived from DETECT-2 and including the 3 that were included in the 1997 report examined the association between A1C and retinopathy, objectively assessed and graded by fundus photography This analysis included _28,000 subjects from nine countries and showed that the glycemic level at which the prevalence of “any” retinopathy begins to rise above background levels (any retinopathy
includes minor changes that can be due to other conditions, such as hypertension), and for the more diabetes-specific “moderate” retinopathy, was 6.5% when

Expand the Pharyngitis Paradigm for Adolescents and Young Adults

Current guidelines and review articles emphasize that clinicians should consider group A β-hemolytic streptococcus in the diagnosis and management of patients with acute pharyngitis. Recent data suggest that in adolescents and young adults (persons aged 15 to 24 years), Fusobacterium necrophorum causes endemic pharyngitis at a rate similar to that of group A β-hemolytic streptococcus. On the basis of published epidemiologic data, F. necrophorum is estimated to cause the Lemierre syndrome—a life-threatening suppurative complication—at a higher incidence than that at which group A streptococcus causes acute rheumatic fever. Moreover, these estimates suggest greater morbidity and mortality from the Lemierre syndrome. The diagnostic paradigm for adolescent pharyngitis should therefore be expanded to consider F. necrophorum in addition to group A streptococcus. Expanding the pharyngitis paradigm will have several important implications. Further epidemiologic research is needed on both F. necrophorum pharyngitis (especially clinical presentation) and the Lemierre syndrome. Clinicians need reliable diagnostic techniques for F. necrophorum pharyngitis. In the meantime, adolescents and young adults who develop bacteremic symptoms should be aggressively treated with antibiotics for F. necrophorum infection. Physicians should avoid macrolides if they choose to treat streptococcus-negative pharyngitis empirically. Finally, pediatricians, internists, family physicians, and emergency department physicians should know the red flags for adolescent and young adult pharyngitis: worsening symptoms or neck swelling (especially unilateral neck swelling). Adolescent and young adult
Fuente: http://www.annals.org/content/151/11/812.abstract
Publicado por Dr. Víctor Castañeda No hay comentarios:

Entia non sunt multiplicanda praeter necessitatem, is the principle that "entities must not be multiplied beyond necessity" and the conclusion thereof, that the simplest explanation or strategy tends to be the best one. The principle is attributed to 14th-century English logician, theologian and Franciscan friar, William of Ockham.
Publicado por Dr. Víctor Castañeda No hay comentarios:

Diciembre 08/09
Data from 20 studies in healthy adults suffering from influenza suggested that there is no clear evidence that neuraminidase inhibitors, such as Roche's Tamiflu (oseltamivir), prevent complications like pneumonia, according to an analysis published in the BMJ on Tuesday.
Lead researcher Tom Jefferson of the Cochrane Collaboration commented: "We now conclude there is insufficient evidence to describe the effects of Tamiflu on complications of influenza or the drug’s toxicity… We have multibillion-dollar public health policies in place that rely on evidence not available for independent analysis."
The review involved data from 20 randomised, placebo-controlled studies of neuraminidase inhibitors that included four trials on the prevention of naturally occurring influenza, 12 for treatment, and four on prevention following exposure to influenza. Jefferson noted that "the evidence shows that if taken within 24 hours, Tamiflu reduces symptoms of influenza by about a day… It may reduce transmission. But we could not verify the claims that Tamiflu reduces complications."
Researchers said that Roche's drug "did not reduce influenza-related lower respiratory tract complications," and they indicated that adverse events associated with Tamiflu were "possibly under-reported." Commenting on the news, BMJ editor, Fiona Godlee, and the director of the UK Cochrane Centre, Mike Clarke, remarked that the review raises concerns "not only [about] the effectiveness of oseltamivir but the whole system by which drugs are evaluated, regulated and promoted."
They wrote in an accompanying journal commentary that "pending full disclosure and independent review of the raw data from Roche, the risks and benefits of oseltamivir remain uncertain." The head of Roche's global pandemic task force, David Reddy, stated that the drugmaker "fully stands behind the robustness of the data and the integrity of that data, particularly the efficacy and safety of Tamiflu, the conduct of our studies and publication policies." A spokesperson for the company noted that study summaries of the antiviral drug would be made available to the scientific community. An antivirals expert from the World Health Organization, Charles Penn, said the agency would not change its guidelines for Tamiflu use based on the latest news.
Fuente original: Neuraminidase inhibitors for preventing and treating influenza in healthy adults: systematic review and meta-analysis - (BMJ)
Publicado por Dr. Víctor Castañeda No hay comentarios: 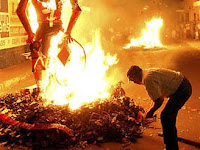 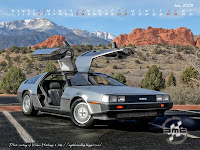 Why is there less risk of hypoglycemia with the newer analogs ?