New clinical practice guidelines from the American Diabetes Association (ADA) include recommendations for a less stringent systolic blood pressure target and greater individualization with regard to the frequency of blood glucose self-monitoring.
The ADA's Clinical Practice Recommendations 2013 is published as a supplement to the January issue of Diabetes Care. Revised on an annual basis, the document includes the association's major position statement along with additional position statements on a range of diabetes management–related topics.

Keloids: What works against bulging scars?

After surgery, hypertrophic scars or keloids can occur, which spread increasingly. An S2 guideline gives recommendations for having therapy. The key message: Better postoperative prevention instead of reworking later.

Read more about it:

Scars do not always disappear by themselves over months. On the contrary: if excessive formation of connective tissue occurs, medical attention is required. Colleagues to begin with create a goal for the therapy. Do patients feel disfigured, or do they suffer more from pain, itching and restricted movement? If after a maximum of six treatments, that is six months, a clear success has not arrived, it's time for a change of direction.

The final fate of a scar begins its story directly after the injury: inflammatory processes primarily take off in order to remove necrotic cells and, where needed, also to remove germs. In the granulation phase, fibroblasts and keratinocytes are responsible for new tissue at the wound edge and extracellular matrix components are formed. In addition, new blood vessels grow. Here matrix metalloproteases and messengers play an important role. With the epithelialisation process, the wound closes on the outside, while down inside the business goes on, that is to say remodeling: using Transforming Growth Factor β1 (TGF-β1), fibroblasts convert to myofibroblasts. This creature should not be allowed to get off the leash, otherwise hypertrophic scars arise. The swelling at this point is limited to the area on the original wound. Connective tissue tumours, that is keloids, travel far beyond these boundaries. Genetic influences and environmental factors come into question as triggers, scientists have not yet fully understood the mechanisms. Since Europeans of darker skin types are at greater risk for keloids, genotype surely plays a role.

Side effect with benefits

In order to intervene against excessive connective tissue, certain recognised side effects of glucocorticoids help. They inhibit the division of fibroblasts. Also fewer glycosaminoglycans are synthesised, something which normally contributes to the strength of the tissue. According to the guideline 50 to 100 percent of all patients respond to an injection of triamcinolone acetonide (TAC), with nine to 50 per cent, however, there are subsequent recurrences. Externally, it makes no sense to use the drug. Dermatologists achieve the best results by a combination of several methods, for instance glucocorticoid plus cryosurgery.

The power of iquid nitrogen lies within: unwanted cells die from cold; depending on the extent of the scar tissue several treatments are required. After that blisters form. In various sources of literature one can read about good success rates of over 60 percent, whereas keloids are much more demanding. In contrast to removing heat from cells, laser ablation makes use of high amounts of energy. Here too tissue perishes. Both methods are not recommended as postoperative prophylactic measures.

Keeping prevention in mind, pressure treatment is worth using where treating large scars – with quite good success rates; sufferers should carry good reserves of patience with them. If the patient him or herself or those in his or her family show signs of having the respective risk factor, immediate postoperative compression garments or suits with a pressure of 20 to 30 mmHg should be adapted for use. A treatment period of six to 24 months is to be expected. Via the effects of force, cells will have poorer blood circulation and metabolic processes slow down.

Scientists have also proven that collagens matures faster. Especially with keloids, which are often found on the ear cups, the method brings excellent results. Dermatologists at the University Hospital Mannheim for this reason developed compression rails. After surgical resection of keloids they first injected TAC. Patients received their individual rails to take home. The apparatus only has to be worn at night and is easily operated via magnets – which is good for dealing with compliance matters. After 16 months, the result were clear to be seen aesthetically speaking, and a follow-up after 24 months was likewise gratifying. There were no recurrences.

When there is hypertrophic scar under tension, surgeons are required. Using Z or W-plasty, they relieve the tissue. At the molecular level, scientists suspect that mechanical forces stimulate cells to synthesise more connective tissue. If delayed wound healing is hidden behind keloids or hypertrophic scars, the excision is off to a good start. And not least significantly, fresh wounds provide the opportunity to strike using immediate postoperative prophylactic measures against excessive scar tissue. Nonetheless, the authors of the guideline point out that there exist few studies of high methodological quality which allow one to quantify the success of treatment. In particular follow-up periods of assessment were quite short. Also, at times no distinction was made between keloids and hypertrophic scars.

Something known from tumour therapy

It's not always so that surgery is needed straight away. Cytostatic 5-fluorouracil (5-FU) is also effective against the proliferation of fibroblasts. Pregnancy or pre-existing diseases of the haematopoietic system should be excluded as possibilities. Otherwise, patients must be cautious to spread drug-containing creams only on their lesions. 5-FU introduced under the skin in a double blind study reduced the tissue more effective than TAC. 5-FU is however not suitable as a postoperative prophylaxis. Irradiation also prevents the event of recurrance. In publications, values between eight and thirty Gray can be found, which prevents abnormal tissue growth among 79 to 92 percent of patients. The guideline sets a slightly lower value, up to twelve Gray, distributed over as many as ten treatments. With keloids this strategy is recommended, even though not as first option. Hypertrophic scars should however not be irradiated.

The New and The Old Well-Known

In pharmacies in particular, many customers ask for silicone gels. These lead to occlusion effects, including near saturation of the stratum corneum. In any case, authors of a Cochrane Meta-analysis found only very weak evidence of a possible benefit. They asserted that several studies were of poor quality and not without bias. Apart from that, the new guideline mentions for the first time onion extracts with allantoin heparin. Quercetin, a flavonoid from onions, inhibits the proliferation of in-vitro fibroblasts, while allantoin acts keratolytically. Heparin seems in turn to impair the polymerisation of collagen. What's more cells also produce less growth factor, on account of this excessive collagen formation does not occur. In animal experiments, wounds healed faster and scarring decreased. In older, methodologically weaker studies pure onion extract in a comparison made with vaseline showed no benefit. However, a combination made with TAC in comparison to pure corticoid led to significantly better results.
Publicado por Dr. Víctor Castañeda No hay comentarios: 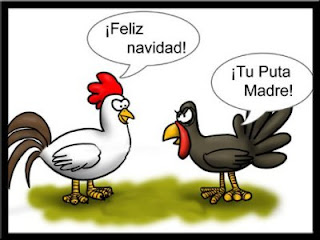 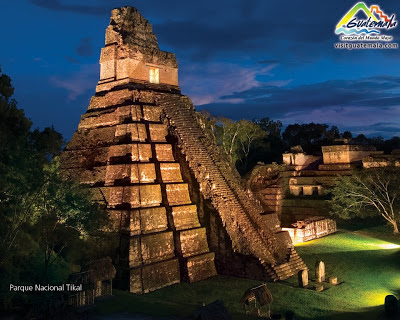 By Chris Kaiser, Cardiology Editor, MedPage Today
Published: November 12, 2012
Reviewed by Robert Jasmer, MD; Associate Clinical Professor of Medicine, University of California, San Francisco and Dorothy Caputo, MA, BSN, RN, Nurse Planner
Action Points
It may not be necessary to fast before a routine cholesterol check, a large community-based population study suggested.
Overall, the mean cholesterol subclass levels varied by less than 2% for total cholesterol and high density lipoprotein (HDL) cholesterol, by less than 10% for calculated low density lipoprotein (LDL) cholesterol, and by less than 20% for triglycerides, reported Christopher Naugler, MSc, MD, of the University of Calgary in Alberta, and colleagues.
"This finding suggests that fasting for routine lipid level determinations is largely unnecessary," they said in the Nov. 12 Archives of Internal Medicine 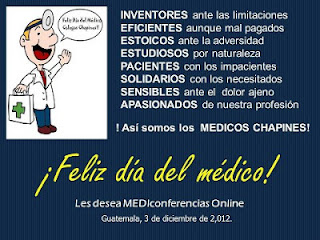