Thiazolidinedione-associated fracture risk could be a class effect

In both observational studies and randomized trials, thiazolidinediones (TZDs; pioglitazone and rosiglitazone) have been associated with elevated risk for fractures. Biologic plausibility exists: TZDs affect bone metabolism through activation of PPAR-[gamma]-receptors in bone.
This new case-control study was drawn from a prospective observational study of 12,000 patients with type 2 diabetes at multiple U.S. sites. Cases were 786 patients who experienced fractures during a 3-year period; four control patients (matched for sex, age, and body-mass index) were selected for each case patient. In multivariate analysis with adjustment for clinical variables and other medications, TZD use was associated with significantly increased risk for fractures in women aged 50 and older (odds ratio, 1.7). Higher TZD doses were associated with greater fracture risk than lower doses. Risk was increased equally with pioglitazone and rosiglitazone. In men, a 1.4 odds ratio for fractures did not reach statistical significance.
Comment: One important aspect of this study is that outcomes were virtually identical with pioglitazone and rosiglitazone, suggesting that TZD-associated fracture risk is a class effect. Pioglitazone is still on the market; clinicians should consider this potential complication when they choose antidiabetic drugs.
Fuente: Bilik D et al. Thiazolidinediones and fractures: Evidence from Translating Research into Action for Diabetes. J Clin Endocrinol Metab 2010 Oct; 95:4560. [Medline® Abstract]
Publicado por Dr. Víctor Castañeda No hay comentarios:

Hyperuricaemia and gout: state of the art and future perspectives, REVIEW 2010

Major advances in understanding the pathogenesis and treatment of gout have been made in the past decade. Key highlights include identification of the genetic and environmental risk factors for gout, recognition that gout is an important risk factor for cardiovascular disease (CVD), elucidation of the pathways regulating the acute gout attack and the development of novel therapeutic agents to treat both the acute and chronic phases of the disease.
Here, we discuss these advances and future implications for research and clinical practice.

Novel therapeutic agents
One of the major challenges in the treatment of gout and hyperuricaemia is the appropriate use of urate-lowering drugs in conjunction with effective patient education (in particular lifestyle and dietary recommendations).
The European League Against Rheumatism guidelines for the management of this condition recommend that ULT should target a serum urate level of 360 mmol/l (6 mg/l), a level that is achieved in less than 50% of patients taking standard doses of allopurinol. A further concern is how to manage the patient who has an acute attack of gout, and has comorbid conditions such as renal and cardiac insufficiency. Recent advances in treatment of hyperuricaemia and acute gout give some hope for the future.

For over 40 years, the mainstay of treatment of hyperuricaemia has been allopurinol. Although moderately effective, it is not universally tolerated and a pharmacological alternative is potentially of great clinical importance. Recent trials have confirmed that febuxostat, a non-purine selective inhibitor of xanthine oxidase, is effective in lowering hyperuricaemia. In these clinical trials, 80 mg and 120 mg a day of febuxostat reduced urate levels more effectively that a fixed dose of allopurinol (300 mg a day). The allopurinol dose in that trial was not adjusted to achieve target urate levels, a point that has been emphasised by other experts. Patients with mild renal impairment responded well and demonstrated no signs of increased toxicity. The safety profile was judged to be comparable to that of allopurinol, although it was noted that some patients on febuxostat developed liver function abnormalities. These results are encouraging and suggest that febuxostat could be an alternative hypouricaemic drug in patients who cannot tolerate or are allergic to allopurinol.

Another approach to reduce a patient's urate levels is by the administration of recombinant uricase, an enzyme that breaks uric acid down to allantoin. The enzyme, normally absent in humans and high primates, reduces serum urate levels rapidly and dramatically after intravenous administration. However, because of its short half-life, administration needs to be repeated to have a sustained effect. As it is a ‘foreign’ protein, its administration can also provoke allergic side-effects, particularly on repeated administration. In order to overcome some of these drawbacks, a pegylated form of uricase has been developed (pegloticase) that has a longer half-life (10–12 days instead of 10 h). Its efficacy in lowering urate levels and reducing tophus size was demonstrated in clinical studies.

Rapid lowering of the urate concentration is associated with gout flares. In the febuxostat study, over 60% of patients had flares of gout during the treatment period of 1 year (frequencies were similar between febuxostat and allopurinol), and in the pegloticase study, 88% of patients. In the febuxostat study, patients were given either naproxen or colchicine as prophylaxis for flare during the first 8 weeks, and the flare rate was approximately 10%. Indeed, the duration of prophylaxis when initiating ULT has not been ascertained in controlled trials, but is likely to be significantly longer than 8 weeks. As flares was one of the main reasons that patients discontinued the study, it is clear that effective prophylaxis for acute gout flare is essential to obtain the maximum benefit from the new urate-lowering agents.

The discovery of the inflammasome has provided impetus to investigate the efficacy of IL-1 inhibition in acute gout. Three inhibitors have been studied to date, canakinumab (anti-IL-1 monoclonal antibody), kineret (IL-1Ra) and rilonacept (IL-1 Trap). Both kineret and rilonacept inhibit IL-1 signalling by binding to bioactive IL-1 (both α and β forms), thereby inhibiting its binding to the IL-1 receptor. Canakinumab is highly specific for IL-1β, thereby blocking its interaction with the IL-1 receptor. In terms of clinical studies in humans, no controlled studies have been performed with kineret. In a small case series of 10 patients with acute gout and who presented either intolerance or contraindications to non-steroidal anti-inflammatory drugs and colchicine, the investigators observed a rapid clinical response in all 10 patients. No adverse effects were observed. Since then, other case reports have confirmed this favourable effect. Rilonacept was compared with placebo in a small study of 10 patients with chronic gout, and again showed significant benefit in terms of pain relief and reduction of signs of inflammation. Finally, the results of a controlled study comparing different doses of canakinumab with triamcinalone in the treatment of acute gout reported significantly better relief of pain with canakinumab have been reported Interestingly, in patients treated with canakinumab, a striking reduction of gout flares was seen, superior to that seen with triamcinalone. These studies indicate that IL-1 inhibition is likely to be effective in acute gout, although we await the results of controlled trials to be able to assess the overall effects of this mode of treatment, and to decide which patients would most benefit from targeted therapy.

Paracetamol use associated with atopy development and asthma symptoms

Despite reports of positive associations between paracetamol and asthma, the nature of these associations is unclear. The researchers from New Zealand investigated the associations between infant and childhood paracetamol use and atopy and allergic disease at 5-6 years.
In a birth cohort study, they collected reported paracetamol exposure between birth and 15 months in Christchurch (n=505) and between 5 and 6 years for all participants (Christchurch and Wellington) (n=914).
Outcome data for reported current asthma, reported wheeze and atopy (measured using skin prick tests) were collected at 6 years for all participants.Paracetamol exposure before the age of 15 months was associated with atopy at 6 years (adjusted odds ratio, OR=3.61) Paracetamol exposure between 5 and 6 years showed dose-dependent associations with reported wheeze and current asthma but there was no association with atopy.
Compared with use 0-2 times, the adjusted OR were wheeze 1.83 for use 3-10 times, and 2.30 for use greater than 10 times: current asthma 1.63 for use 3-10 times and 2.16 for use greater than 10 times: atopy 0.96 for use 3-10 times, and 1.05 for use greater than 10 times.
The researchers concluded: "Our findings suggest that paracetamol has a role in the development of atopy, and the maintenance of asthma symptoms. Before recommendations for clinical practice can be made, randomized-controlled trials are needed to determine whether these associations are causal."
Fuente: Clinical & Experimental Allergy published online 29 September 2010 © 1999-2010 John Wiley & Sons, IncThe effects of early and late paracetamol exposure on asthma and atopy: a birth cohort. K. Wickens, R. Beasley, I. Town et al for the New Zealand Asthma and Allergy Cohort Study Group. Correspondence to Kristin Wickens: kristin.wickens@otago.ac.nz
Publicado por Dr. Víctor Castañeda No hay comentarios: 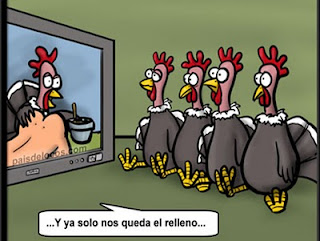 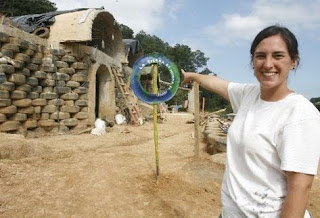 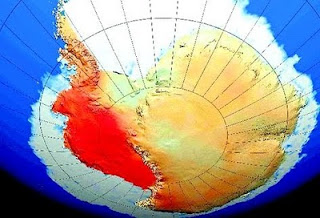 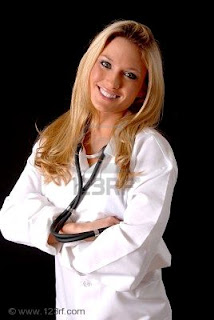 November 30, 2010 -- Today the Institute of Medicine (IOM) released updated recommendations regarding calcium and vitamin D intake. IOM recommends 600 international units (IU) of vitamin D every day for most healthy adults under age 71 and 800 IU for healthy people age 71 and older. The updated IOM recommendations for vitamin D intake are sufficient for most healthy adults, however, some adults may need more. These include those with very little sun exposure (or who consistently wear sun screen or protective clothing), dark skin, osteoporosis, problems absorbing dietary fat or who are taking medicines that interfere with vitamin D.
This is an increase from the previous IOM recommendations that cited 200 to 400 IU per day for healthy adults under age 71 and 600 IU per day for those age 71 and older. Since 2008, NOF has recommended that healthy people age 19 to 49 get 400 to 800 IU of vitamin D every day; and that adults age 50 and older get 800 to 1,000 IU every day.
NOF’s recommendations for daily intake remain higher than IOM’s but fall well within the margin of safety.
The IOM report issued on November 30, 2010 set the safe upper limit for daily intake to be 4,000 IU. The IOM report did not address the vitamin D requirements for high risk individuals or those who require treatment. NOF strongly recommends that you consult with your healthcare professional for your particular requirements.
NOF applauds IOM for their comprehensive review of the evidence supporting their updated recommendations for vitamin D and calcium intake.
Click here to read NOF’s Bone Basics on Vitamin D to learn more.