Insomnia and risk of cardiovascular disease: a meta-analysis 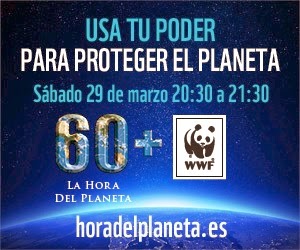 CV Risk and Saturated Fats: The Debate Roils On

CAMBRIDGE, UK — A meta-analysis has revived the debate over best dietary recommendations for cardiovascular health; specifically, whether there's an evidence base supporting the traditional message to consume foods rich in long-chain omega-3 and omega-6 polyunsaturated fatty acids (PUFA) and avoid those laden with saturated fats[1]. But questions about the report emerged even before its publication today. Fuente: http://www.medscape.com/viewarticle/822092?nlid=51723_2566&src=wnl_edit_medp_card&spon=2
Publicado por Dr. Víctor Castañeda No hay comentarios:

Dietary fiber intake has been linked to a lower incidence of coronary heart disease (CHD) since the 1970s. Multiple mechanisms have been postulated for this relationship, including decreased absorption of low-density lipoprotein (LDL) from the intestines, increased satiety signals that result in less weight gain, and the presence of antioxidants in high fiber foods that may have a beneficial effect. A recent meta-analysis published in the British Medical Journal combined the existing data from 22 prospective studies between 1990 and 2013 to try to characterize the association and dose-response relationship between fiber intake and CHD or cardiovascular disease (CVD). The studies were largely from the United States and Europe; there were 2 from Japan and one from Australia. A number of the studies included many different subtypes of fiber (vegetable, fruit, soluble, insoluble, cereal etc.) and all studies had a minimum follow-up of 3 years.There was an inverse dose-dependent risk ratio for CHD associated with total dietary fiber intake (RR 0.91 per 7% intake in fiber, 95% CI 0.87 to 0.94). There was some heterogeneity with respect to outcomes of interest and subtype of fiber intake as well as with the strength of risk reduction. For example, there was a lower risk of CVD and CHD associated with higher intake of insoluble, cereal, fruit, and vegetable fiber. Pooled analysis, however, showed that the association of soluble fiber with CHD or CVD and fruit fiber with CHD crossed the line of unity.Although this study, like all observational studies, is subject to confounding (ie, fiber intake is a marker of other healthy lifestyle behaviors), these findings are consistent with other studies of fiber intake and there is a plausible scientific mechanism to explain these results. It remains to be seen whether fiber intake from food sources is equivalent to synthetic fiber intake (such as Metamucil). Practically speaking, however, patients should certainly be counseled to increase their dietary fiber intake by 7 g. This can be accomplished by eating just one portion of whole grain plus beans or lentils or by consuming 2 to 4 servings of fruits and vegetables daily.