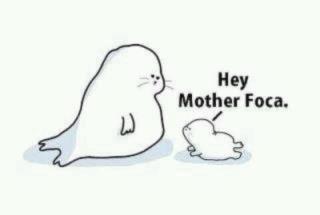 Aspirin for Preventing Colorectal Cancers and Other Solid Tumors

These drugs were risky in myocardial infarction patients and were associated with new-onset atrial fibrillation.
The cardiovascular risks of selective cyclooxygenase (COX)-2–blocking nonsteroidal anti-inflammatory drugs (NSAIDs) are well recognized (JW Gen Med Feb 25 2005). Current guidelines also discourage use of nonselective NSAIDs in patients with known cardiovascular disease (CVD), but some clinicians still prescribe these medications, because they believe that short-term use is unlikely to raise risk significantly. To address this issue, Danish investigators took advantage of that country's highly integrated and digitized medical databases, which accurately capture discharge diagnoses and pharmaceutical prescriptions for the entire country.
In a prospective observational study that involved 84,000 patients with first myocardial infarctions (MIs) between 1997 and 2006, 40% of patients suffered recurrent MIs or death, and 42% received NSAIDs at some time. NSAID use was associated with a significant excess risk for recurrent MI or death (hazard ratio, 1.5–1.7, depending on timing and duration of NSAID use after MI). Not surprisingly, risk was high for two COX-2 blockers, rofecoxib (HR, 1.4–2.3) and celecoxib (HR, 1.3–1.9). But, unexpectedly, risk was even higher for the nonselective NSAID diclofenac (HR, 1.7–3.3). Ibuprofen and other nonselective NSAIDs (except naproxen) also were associated with excess risk. This risk became apparent immediately after use for some NSAIDs and within several weeks for most (JW Cardiol Jun 8 2011).
In a case-control study, more than 32,000 patients with initial diagnoses of atrial fibrillation (AF) or flutter between 1999 and 2008 were compared with nearly 326,000 age- and sex-matched controls without AF or flutter. After adjustment for several confounders, risk for AF or flutter was clearly higher with current use of COX-2 blockers (incidence rate ratio, 1.27) and nonselective NSAIDs (IRR, 1.17). Those rates were even higher for NSAID users who had started the medications within 60 days of AF or flutter onset (JW Gen Med Jul 26 2011).
In neither of these studies were investigators able to capture fully and control for all risk factors that could confound the analyses. Nevertheless, the large size of the studies, the inclusion of essentially all cases in the country (i.e., no selection bias), and the quality of the data provide confidence that the results are accurate. The first study did not include patients with known CVD who had not experienced MIs. Nevertheless, the data seem to support current guidelines that discourage NSAID use in patients with CVD. In particular, the data indicate that even short-term use (e.g., for transient musculoskeletal ailments) leads to excess cardiovascular risk