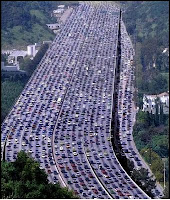 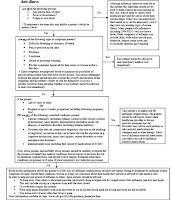 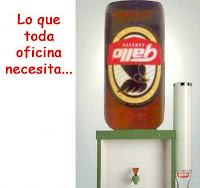 Steroids beneficial, but antiviral agents are of uncertain value for Bell palsy 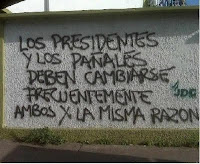 Diuretics Best for Prevention of Congestive Heart Failure in Hypertension

Diuretics are the most effective antihypertensive drugs for prevention of heart failure, closely followed by ARBs and ACE inhibitors, according to the results of a large network meta-analysis presented at ESC 2009.[13] Presenting the data in Barcelona, Sebastiano Sciarretta, MD (University of Rome "La Sapienza," Italy), said that their network meta-analysis, the largest ever performed in essential hypertension, showed that all antihypertensive strategies, with the exception of those based on alpha-blockers, were more effective than placebo in preventing heart failure. CCBs were significantly less effective than diuretics as first-line agents and they also tended to be inferior to RAS blockers and beta-blockers, with the differences being very close to statistical significance, Dr. Sciarretta reported.

Hypertension is a major risk factor for the development of heart failure. Estimates from the Framingham Heart Study indicate that persistent hypertension is the predominant contributory factor in 40% of men and 60% of women in whom heart failure develops. Despite all the evidence, however, heart failure is usually considered a "soft" endpoint in hypertension clinical trials and greater attention has been given to MI and stroke, Dr. Sciarretta noted. He and his colleagues recently showed in another meta-analysis of hypertension trials that the overall incidence of heart failure was comparable with other measured cardiovascular events, and not significantly different from that for stroke.[14]

"Since there was no conclusive evidence about the optimal antihypertensive therapy among different classes of drugs in heart failure prevention in hypertensive subjects," Dr. Sciarretta said, he and his colleagues carried out a network meta-analysis of recent trials in hypertension to investigate the most effective antihypertensive strategies in heart failure prevention. They used computerized searches of PubMed and Embase databases to find clinical studies published in peer-reviewed English-language journals between 1997 and December 2008. The investigators identified 25 trials involving patients with hypertension or at high cardiovascular risk with a predominant presence of hypertensive patients (> 65%), involving ≥ 200 subjects, with a duration of follow-up of ≥ 2 years that reported the absolute incidence of heart failure and other major cardiovascular events. Dr. Sciarretta explained that the Bayesian network meta-analysis that they performed is a more powerful meta-analytic technique that combines direct evidence provided by clinical trials with indirect evidence constructed from studies that have treatments in common.

The 25 trials identified involved a total of 217,387 subjects. Among these individuals, 40.3% were randomized to receive "traditional" antihypertensive therapy, including mostly diuretics and anti-adrenergic agents; 18.6% of patients were assigned to diuretic-based therapy, 4.1% patients to alpha-blockers, and 2.2% to beta-blockers. The remaining patients were treated with the "newer" antihypertensive drug classes, including CCBs, ACE-inhibitors, and ARBs. In addition, 7.1% of patients were randomized to receive placebo or the best standard treatment for their condition. The trials used different definitions of heart failure, which was most often a secondary endpoint.

A total of 8291 new heart failure cases occurred in the trials. All the antihypertensive therapies with the exception of those based on alpha-blockers were more effective in preventing heart failure onset compared with placebo. Diuretics were the most effective class of drugs (OR, 0.56; 95% CI, 0.44-0.69), followed by ARBs (OR, 0.67; 95% CI, 0.52-0.80) and ACE-inhibitors (OR, 0.67; 95% CI, 0.56-0.79). CCBs appeared to have the smallest effect (0.78; 0.62-0.92). From direct comparisons in trials, diuretics appeared to be significantly more effective than ACE inhibitors, CCBs, and beta-blockers; although more effective than ARBs, this difference was not significant.

Because the trials used different definitions of heart failure, the investigators performed 3 subanalyses. The first included only studies that did not enroll patients with heart failure at baseline; the second excluded the Antihypertensive and Lipid-Lowering treatment to prevent Heart Attack Trial (ALLHAT) studies (because of criticism about the diagnosis of heart failure in this study); and the third excluded the ALLHAT studies and other trials that also included an endpoint of non-hospitalized heart failure. However, the results of these subanalyses did not differ from those of the main analysis, in that diuretics still appeared to be the most effective compared with the other drug classes and CCBs appeared to be less effective than the others.

Comment
Dr. Sciarretta noted that this meta-analysis was unable to reveal any information about the influence of differences in blood pressure, but he noted that previous landmark meta-analyses showed that heart failure prevention was independent of blood pressure reduction.[15,16] He suggested that the most effective first-line therapy for prevention of heart failure in hypertensive patients is a combination of a low-dose diuretic and a RAS inhibitor.
Commenting on the results of the analysis, ESC session co-chair, Prof. Schmieder pointed out that diuretics differ substantially with respect to the duration of effect on blood pressure and dosage. "We know well from hypertension trials like ALLHAT[17] that chlorthalidone has a long-lasting effect at low dose, and it has been said that we will never see that result with hydrochlorothiazide (HCTZ)," he said. He noted that chlorthalidone is not used as much in Europe as it is in the United States, and not at doses > 25 mg because of potential adverse metabolic effects.

Physicians Are Talking About: Is It Worth Getting the H1N1 Vaccine?

Can a single question effectively rule-out unhealthy alcohol use in adults ?

Participants were asked, "How many times in the past year have you had X or more drinks in a day?", where X is 5 for men and 4 for women, and a response of 1 or more times is considered positive. This single question is fairly good at ruling out unhealthy use of alcohol in a high prevalence population, with a sensitivity of 81.8%. It is better for excluding patients with alcohol use disorder (sensitivity = 87.9%).
Synopsis:
To conduct this study, researchers approached 286 patients being seen for various reasons in a general internal medicine clinic of an urban safety net hospital. Approximately half the patients were men, 72% had graduated from high school, and 63% were Black or African American. Almost half (46.5%) had a current or past history of a drug use disorder. The prevalence of unhealthy alcohol use -- risky alcohol consumption or an alcohol use disorder -- was 30.8%, and only 6.3% of patients were totally free of alcohol-related problems in their lifetimes. All patients were asked a prescreening question about any alcohol use and 10 were asked the single screening question regardless of the answer to the first question. Alcohol use was defined as risky alcohol consumption, using a 30-day recall of alcohol use. Alcohol use disorder was assessed by using the Composite International Diagnostic Interview Substance Abuse Module to identify abuse and dependence. The single question was 81.8% sensitive and 79.3% specific for identifying any unhealthy use of alcohol. Sensitivity was higher (87.9%) for detecting alcohol use disorder but less specific (66.8%). These results were similar to the 3-question Alcohol Use Disorders Identification-Consumption (AUDIT-C) screening test also administered to the same patients. This study was administered by a research associate and not the patients' individual physicians, and results in clinical practice may be different.
Reference:
Smith PC, Schmidt SM, Allensworth-Davies D, Saitz R. Primary care validation of a single-question alcohol screening test. J Gen Intern Med 2009;24(7):783-788.
Publicado por Dr. Víctor Castañeda No hay comentarios: 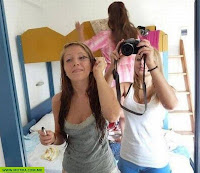 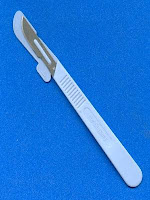 Clinical Question: In patients with type 2 diabetes, what is the effect on cardiovascular outcomes of aiming for intensive blood glucose control?

Synopsis: To conduct this study, the researchers searched only one database to find randomized controlled trials of treatment of type 2 diabetes in adults. Two reviewers independently selected studies for inclusion and abstracted the data. The identified the 5 large trials (N = 27,802) that evaluated the role of tight blood glucose control. One problem: They excluded the University Group Diabetes Project study, which found increased cardiovascular mortality associated with treatment with sulfonylureas. The tight control of type 2 diabetes does not decrease the risk of mortality or cardiovascular-related mortality, though it may have an effect on slightly reducing the risk of cardiovascular disease (relative risk = 0.90; 95% CI 0.83 - 0.98). Including only the 3 newer studies, which enrolled older patients who had longstanding diabetes, found no benefit to tight control. Aiming for tight control doubled the likelihood that patients would experience severe hypoglycemia requiring medical attention. This analysis included enough patients to demonstrate even small benefits in intense blood glucose control, if they exist.
Publicado por Dr. Víctor Castañeda No hay comentarios: 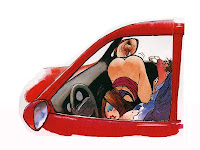 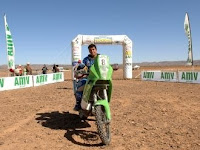 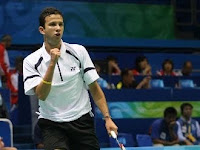 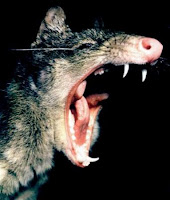 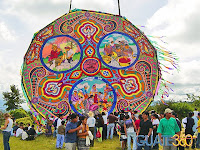