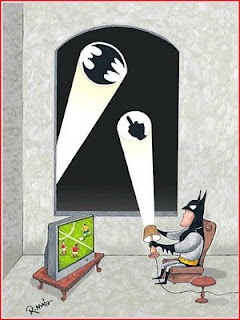 What is the best treatment of recurrent aphthous ulcers?

Evidence-Based Answer:Amlexanox 5% paste significantly reduces ulcer size and duration of pain, and increases speed of healing. (SOR A, based on multiple randomized controlled trials [RCTs].) Topical silver nitrate and corticosteroids reduce pain. (SOR B, based on multiple RCTs.) Chlorhexidine mouthwash reduces overall ulcer burden. (SOR B, based on heterogeneous RCTs.) "Magic mouthwash" is as effective as saline baking soda washes. (SOR B, based on a single RCT.) Nonpharmacologic interventions include avoiding trauma, avoidance of acidic foods/beverages, and minimizing stress. (SOR C, based on expert opinion.)

May 4, 2010 — A clinical review in the April 29 issue of the New England Journal of Medicine provides information on how to detect, diagnose, treat, and manage Helicobacter pylori infection.
"Infection with H. pylori is a cofactor in the development of three important upper gastrointestinal diseases: duodenal or gastric ulcers (reported to develop in 1 to 10% of infected patients), gastric cancer (in 0.1 to 3%), and gastric mucosa-associated lymphoid-tissue (MALT) lymphoma (in <0.01%)," writes Kenneth E. L. McColl, MD, from the Division of Cardiovascular and Medical Sciences, University of Glasgow, Gardiner Institute, Glasgow, United Kingdom.

"The risk of these disease outcomes in infected patients varies widely among populations. The great majority of patients with H. pylori infection will not have any clinically significant complications."

Methods of Testing
Routine testing for H pylori infection is not recommended because the vast majority of patients with this infection do not have any associated clinical disease. However, confirmed gastric or duodenal ulcers and gastric MALT lymphoma are definite indications for detecting and treating H pylori infection. After surgical removal of early gastric cancers, it may also be reasonable to test for and eradicate H pylori infection.

For younger patients with upper gastrointestinal tract symptoms but without alarm symptoms such as weight loss, persistent vomiting, or gastrointestinal tract bleeding, it is reasonable to use a noninvasive test-and-treat strategy for H pylori infection. Options for noninvasive testing include the urea breath test, fecal antigen test, and serologic test. Of these options, the least accurate is the serologic test. Patients with positive test results should undergo eradication therapy.
For patients with alarm symptoms, or for older patients with new-onset dyspepsia, endoscopy is recommended. Depending on the specific set of guidelines used, older patients are defined as those 45 years or older or 55 years or older. Because nonsteroidal anti-inflammatory drugs can cause ulcers in the absence of H pylori infection, endoscopy is warranted for patients with dyspepsia associated with use of these drugs.

Treatments
Unless there is a high local rate of resistance to clarithromycin, appropriate first-line treatment is triple therapy using a proton-pump inhibitor plus clarithromycin and amoxicillin, each given twice per day for 7 to 14 days. Patients with a penicillin allergy should receive metronidazole instead of amoxicillin. When the prevalence of clarithromycin-resistant H pylori infection exceeds 20%, an alternative initial treatment regimen is quadruple therapy with a proton-pump inhibitor, tetracycline, metronidazole, and a bismuth salt for 10 to 14 days. However, bismuth salts are not available in the United States and in some other countries.

Another option is 10-day sequential therapy with a proton-pump inhibitor plus amoxicillin for 5 days, followed by a proton-pump inhibitor plus clarithromycin and tinidazole for 5 more days. However, the efficacy of this regimen needs to be confirmed before it is widely used.
"Data are lacking to inform the optimal management of recurrent or persistent dyspepsia after noninvasive testing and treatment of H. pylori infection," Dr. McColl writes. "Options include symptomatic acid-inhibitory therapy, endoscopy to check for underlying ulcer or another cause of symptoms, and repeat of the H. pylori test-and-treat strategy; other potential reasons for the symptoms should also be reconsidered."

Eradication of H pylori infection should be confirmed in patients who have had an H pylori–associated ulcer or gastric MALT lymphoma or who have undergone resection for early gastric cancer. Tests for eradication may include a urea breath test or fecal antigen test performed at least 4 weeks after treatment is completed, so that false-negative results from suppression of H pylori are avoided. For patients requiring endoscopy, eradication can also be confirmed by testing during this procedure.

When treatment fails to eradicate H pylori infection, therapeutic options include empiric acid-inhibitory therapy, endoscopy to detect underlying ulcer or another cause of symptoms, and subsequent use of the noninvasive test-and-treat strategy. Clinicians should also consider another cause for the symptoms, such as biliary tract, pancreatic, musculoskeletal, or cardiac disease or psychosocial stress. Poor compliance with initial treatment may also be implicated and mandates adherence to the second treatment regimen.

Treatment failure may be caused by H pylori resistance to clarithromycin or metronidazole, or both. Bismuth-based quadruple therapy is often used as second-line therapy if initial treatment did not include a bismuth salt. In patients previously treated with a proton-pump inhibitor, amoxicillin, and clarithromycin, a proton-pump inhibitor used in combination with metronidazole and either amoxicillin or tetracycline is recommended.

"Data from randomized trials are lacking to guide the care of patients whose symptoms persist after completion of H. pylori eradication therapy for uninvestigated dyspepsia," Dr. McColl concludes. "The effect of eradication of H. pylori infection on the risk of gastric cancer is unclear but is currently under study."

Depression is commonly a recurrent illness: over half of people with a diagnosis of major depression will go on to have a further episode, and the risk of future relapse rises, with 80% of those having a second episode going on to have a third.

Most clinical guidelines recommend that treatment with antidepressants should be continued for four to six months after recovery to reduce the risk of relapse (re-emergence of original symptoms) and recurrence (new episode of depression).

However, the benefits of long term or maintenance treatment are considered, particularly by clinicians, to be less certain. A systematic review included 31 randomised trials (4410 participants) investigating whether continuing treatment with antidepressants (of all classes, although most included either a tricyclic antidepressant or an SSRI) reduced the risk of relapse.
These trials were mainly discontinuation studies in which participants with depressive disorders who had responded to acute treatment were randomly assigned to continue drug treatment or receive a placebo.
Pooled results found that, compared with placebo, continuing antidepressant treatment after recovery markedly reduced the proportion of patients who relapsed over one to three years (pooled odds ratio for relapse 0.30; 95% confidence interval 0.22 to 0.38).
A re-analysis of these data, summarises the rates of relapse by length of follow-up. While the absolute risk reduction progressively increased from six to 36 months of follow-up, the relative risk reduction was stable (from 60% at six months to 58% at 36 months), suggesting that continuing antidepressant treatment more than halved the average relapse rate regardless of the duration of treatment. The absolute risk reduction was similar at six and 12 months, although the larger sample size at 12 months provides a more precise estimate. On average four patients required antidepressant treatment to prevent one additional relapse. Further systematic reviews, restricted to data on SSRIs and newer antidepressants (bupropion, mirtazapine, nefazodone, and venlafaxine), produced similar findings: a risk reduction in the proportion of patients relapsing of about 50%.
These trials also indicate that the reduction in relapse rates with prophylactic antidepressants is greater for patients with single episodes (odds ratio for relapse 0.12; 0.06 to 0.26) than for those with recurrent episodes (0.37; 0.31 to 0.44).

In adults with depression who have benefited from treatment with an antidepressant good evidence exists that they are at high risk of relapse, particularly in the first six months after recovery. Good evidence also exists that continuing antidepressant treatment reduces the absolute risk of relapse by about 50%.
The trials on which guidelines are based come predominantly from secondary care settings with follow-up limited to three years. Longer term studies that include patients from primary care with less severe illness would inform clinical practice.
Psychological treatments may augment the prophylactic effect of antidepressants, but much of the evidence for this has been inconclusive. Several studies have found that cognitive behavioural therapy combined with maintenance drug treatment significantly reduces rates of relapse compared with antidepressants alone, although whether this additional benefit is due to non-specific therapeutic effects is not clear.

In summary, after a single depressive episode in the absence of specific risk factors for relapse (see the box on risk factors) people should be advised to continue treatment with antidepressants for 12 months after recovery. Treatment should be regularly re-evaluated, with the frequency determined by the severity of the episode. Individuals with risk factors for relapse, in particular those with several previous episodes or two episodes in the recent past, should be advised to continue with treatment for at least 12 months and consider long term maintenance treatment. With long term antidepressant treatment, regular reviews should take into consideration the social consequences of relapse for the individual, concurrent physical health problems, and the development of adverse effects, as well as patient preference. 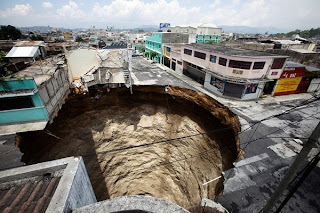 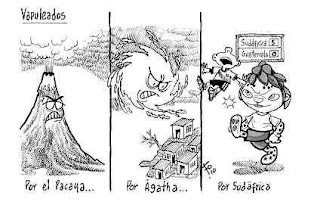 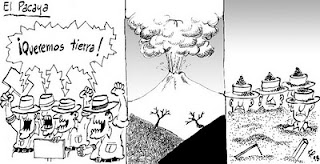