New data from a UK study including 1.25 million patients in a primary care setting has drummed home the substantial burden of hypertension and identified some new observations on how blood pressure affects 12 different manifestations of cardiovascular disease, including various forms of stroke.
It finds that a 30-year-old patient with hypertension has a large increase in lifetime risk for a cardiovascular event compared with a normotensive individual (63% compared with 46%) and will develop cardiovascular disease an average of 5 years earlier.
The researchers, led by Eleni Rapsomaniki, PhD, from the Farr Institute for Health Informatics Research, London, United Kingdom, reported associations of blood pressure with a substantially wider range of incident cardiovascular diseases than seen before, across a broader age range (including people younger than 40 years) and a wider range of blood pressure values (including less than 115/75 mm Hg).
For nearly all cardiovascular diseases, there was a linear relation between systolic or diastolic blood pressure with outcomes at all ages, further supporting the absence of a J-shape curve, even in the elderly.
Senior author Harry Hemingway, MD, also from the Farr Institute for Health Informatics Research, commented to Medscape Medical News: "We have produced a treasure trove of data. This is the largest database ever produced on how blood pressure is related to cardiovascular disease. Because we had data on so many patients we could separate out many different clinical pathologies and see how systolic and diastolic blood pressure was related to them. We were also able to look across a wider range of blood pressures than has been done before. This is like improving the magnification in the lens of a microscope to establish greater detail."
He added: "This is contemporary data (up to 2010) from clinicians recording information on real everyday patients in clinical practice. It faithfully replicates what we already know, which proves validation, and it also identifies new associations not examined before."

The study appears in the May 31 issue of The Lancet.
In an accompanying comment, Professor Thomas Kahan, MD, from the Karolinska Institute, Stockholm, Sweden, says the study provides important new information to improve risk assessment, patient counseling, and decision making for patients with hypertension, and he concludes that, "The clinical benefit of improved risk assessment and appropriate treatment might be substantial."
Focus Guidelines to Specific Risks
For the study, researchers analyzed data on blood pressure from electronic medical records and linked those results to other databases on hospital admissions and deaths resulting from 12 different presentations of cardiovascular disease.
Noting that substantial debate has surrounded the benefits of treating mild hypertension in young people, the researchers state, "In the absence of long-term randomized trials, our estimates of lifetime risk and cardiovascular disease-free years of life lost provide epidemiological evidence of substantial morbidity associated with raised blood pressure, irrespective of the starting baseline risk."
They point out that their data on how blood pressure relates to the 12 cardiovascular conditions at various ages can be used to extend the existing counseling of patients and decision making, which is currently based on heart attack and stroke risks alone. They say this "will help to focus guidelines and clinicians to the disease areas in which screening and treatments are more likely to have an effect."
For example, they point out that of the 5 years of cardiovascular disease–free life lost associated with hypertension, nearly half were attributable to stable and unstable angina, whereas in patients aged 80 years and older, heart failure accounted for nearly a fifth of the years of life lost.
Although most of the 12 cardiovascular outcomes investigated correlated better with systolic pressure (with the strongest associations being seen for stable angina and intracerebral and subarachnoidal hemorrhage), abdominal aortic aneurysm (AAA) was weakly associated with systolic pressure and much more strongly associated with diastolic pressure. Professor Hemingway suggested that this observation may improve the selection process for AAA screening.
The authors also found that the age-specific relevance of blood pressure depends on which disease outcome is studied. For example, in patients older than 80 years, stroke, myocardial infarction (MI), and peripheral arterial disease (PAD) were strongly associated with raised blood pressure, whereas unheralded coronary death was not.
"Our data shows that PAD is a common initial presentation of cardiovascular disease in the elderly," Professor Hemingway commented. "This condition has not been well represented in clinical trials in recent years, but our data suggests it should be."
Risk More Important Than Numbers

Another paper in the same issue reports that treatment rates for hypertension have almost doubled and control rates have tripled in England between 1994 and 2011, resulting in the saving of tens of thousands of lives each year.
Although the investigators, led by Emanuela Falaschetti, MSc, from Imperial College London in the United Kingdom, and the authors of the accompanying comment suggest this is a cause for optimism, a Lancet editorial points out that control was achieved in only 37% of patients in 2011 and concludes that, "Clearly, a more concerted effort and different approaches are needed urgently."
Professor Hemingway agrees with the Lancet editorial, pointing out that control of blood pressure is not synonymous with normalization of risk. "If we are doing well with hypertension management, then the risk of cardiovascular disease would be the same whether the patient had a history of hypertension or not. But this is definitely not the case," he told Medscape Medical News.
He added: "Clinicians talk about blood pressure control, meaning that the numbers have been brought back into a certain range. But patients don't care what their numbers are. They care about their risk of MI, stroke, PAD, etc. In our study, we show that among people with hypertension — some controlled, some not controlled — there is a strong association with lifetime risks of many different cardiovascular conditions.
"It is not just about the blood pressure numbers. They must be interpreted within the wider context of overall cardiovascular risk. It is clear that more needs to be done. We need better strategies to lower blood pressure and cardiovascular risk and more support to clinicians to help them implement these strategies."
Professor Hemingway believes the electronic health record is a good place to focus these strategies and support.
"We could build in tools in the records to prompt clinicians to ask certain questions and consider overall cardiovascular risk when assessing blood pressure," he noted. "We could also display the risks to the patient and show how the risks are reduced with various interventions. There is an awful lot more we can do with electronic health records."
The study by Rapsomaniki et al was funded by the Medical Research Council, National Institute for Health Research, and Wellcome Trust. The authors have disclosed no relevant financial relationships. The study by Falaschetti et al received no funding. Falaschetti has disclosed no relevant financial relationships; disclosures for the coauthors appear in the article. Professor Kahan reports he has received research grants from Celladon, Medtronic, Pfizer, and Servier. 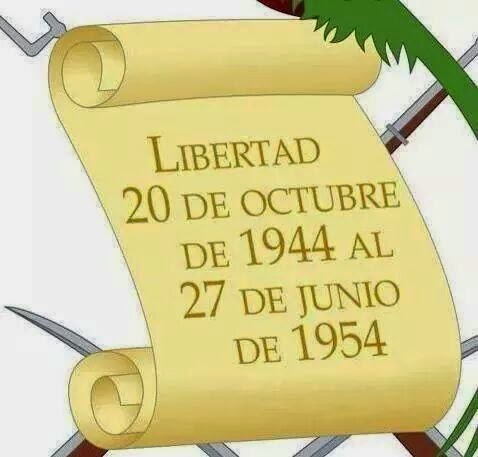 Investigat​or Claims To Have Solved The Ripper Mystery Using DNA 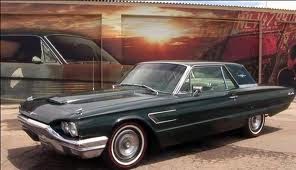 Photo credit: NCSU
Share on facebook?Share on twitter?Share on redditShare on google_plusone_shareMore Sharing Services
Most people are aware that their bodies are teeming with microscopic life, though that usually focuses on bacteria in the gut or all over the skin (including that cesspool we call a navel). However, less people realize that their skin is crawling with different species of mites: D. folliculorum that lives on their hair follicles and D. brevis that lives in their sebaceous glands. These mites aren’t insects, they’re arachnids. Not that having “microscopic spider-relatives embedded in your skin” is any more or less reassuring.
While previous studies have shown that only about 10-20% of adults have mites at any given time, a new paper published in PLOS ONE, led by Megan Thoemmes from North Carolina State University, has revealed that 100% of all adults they tested had traces of DNA from at least one Demodex species.
Anatomy of Mites
These mites are microscopic at around 0.3-0.4 mm in length. Their small stature allows them to easily pack into your pores, with about one D. folliculorum per follicle and a few D. brevis per sebaceous gland. The average adult human body has roughly 5 million hair follicles, which gives you an idea of the potential for mite habitability.
But don’t rush off to scrub yourself down in boiling water quite yet; these mites are harmless for the most part. Suppressed immune systems can lead to an overpopulation of mites, which can cause some inflammation and itchiness. There are also correlations to blepharitis (chronically inflamed eyelids), rosacea, and certain types of acne, but the vast majority of people will never even notice their mites. Regular good hygiene practices are often enough to keep them in check.
Collecting Mites
In order to collect mites for sampling, researchers usually press Scotch tape against a person’s skin and pull them out, pluck out hairs using tweezers, or scrape the skin and collect it for examination. This study, however, squeezed the skin on the nose to expel sebum from the pores, which was then scraped up. The sample was then transferred to a mineral oil until the DNA could be extracted.
The Results
The study found that 100% of samples from people over 18 yielded mite DNA, as did 70% of the teenagers that were studied. Why is this figure so different from previous studies that found whole mites less than a quarter of the time? Though each person has millions of hair follicles, the mites might not be evenly spread across the entire body. It’s very possible that the samples just aren’t taken in the right location. Additionally, the manner in which the mites are collected might not be reliable without more invasive methods.
Analyzing these mites at the genetic level could yield information about their diversity and offer clues as to where and when these mites first began hitching a ride on humans. The scientists hope to further their study by conducting similar research in different regions of the world in order to find out whether mites are ubiquitous there and, if so, how they might vary among geological regions.