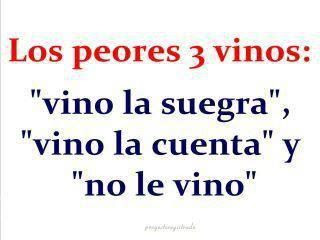 Assessing Adiposity: A Scientific Statement From the American Heart Association

2. The Centers for Disease Control and Prevention categories of body mass index (BMI) are normal (18.5-24.9 kg/m2), overweight (25-29.9 kg/m2), class I obesity (30-34.9 kg/m2), class II obesity (35-39.9 kg/m2), and class III obesity (>40 kg/m2). In the United States, 72.3% of men and 64.1% of women are overweight or obese. Among children, 16.9% are obese. Higher rates of obesity are observed among non-Hispanic black and Hispanic women. Rates of obesity are highest in the South, eastern Appalachia, and costal North and South Carolina. Colorado has the lowest rate of obesity.
3. BMI is not always the best measure to discriminate risk of disease associated with adiposity. BMI has a pooled sensitivity of 50% and a pooled specificity of 90% to identify excess adiposity. Waist circumference is a simple method to assess for central obesity, which has excellent correlation with abdominal imaging. Sagittal abdominal diameter may be a better marker of abdominal visceral adiposity than waist-to-hip ratio, but has not been well validated.
4. Other measures include ratio of waist to hip. Computed tomography (CT) scans can measure adiposity including visceral adiposity accurately, but are not routinely used in clinical practice. Imaging modalities including CT scans, magnetic resonance imaging (MRI), and proton MR spectroscopy can differentiate differences in liver fat content. Liver fat content may be more related to diabetes mellitus and high triglycerides than measures of visceral adiposity and, thus, may identify individuals at greater risk for cardiovascular disease and/or diabetes mellitus.
5. Visceral adiposity is associated with increased risk of chronic diseases, including cardiovascular disease. Factors associated with visceral adiposity include increasing age, male sex, menopause, smoking, high caloric diets, and sedentary behaviors. Blacks are more prone to subcutaneous fats, whereas Asians are more prone to visceral fat deposits.
6. Assessing body composition can be done with several methods. Anthropometric measures such as limb circumference and skinfold thickness are low cost, but can underestimate body fat. Near infrared interaction has been used to measure body fat, but has been observed to have limited accuracy compared to other measures. Additional measures include hydrostatic weighing, plethysmography, dual-energy X-ray, and absorptionmetry.
7. CT scans and MRI are now considered the gold standard for measurement of fat distribution.
8. Measurement of ectopic fat or fat deposits in the liver, skeletal muscle, and cardiac muscle is associated with cardiometabolic risk factors. Proton MR spectroscopy can reliably measure such ectopic fat deposits.
9. Changes in fat mass can be assessed through repeated measures, including BMI and waist circumference. Changes in waist circumference have been observed to correlate with changes in cardiometabolic risk factors. To date, no long-term studies have assessed the relationship of changes in body fat composition and clinical outcomes.

10. Currently, BMI and waist circumference are the primary tools to assess for adiposity. For all patients, counseling regarding healthy dietary and activity behaviors is recommended. Among patients with increased BMI or high waist circumference, assessment of other cardiometabolic risk factors is recommended.
© 2011 by the American College of Cardiology Foundation
Publicado por Dr. Víctor Castañeda No hay comentarios:

January 13, 2012 (New York, New York) — As the controversy over the research fraud allegations against Dr Dipak Das enter its third day, researchers, clinicians, and red-wine enthusiasts more generally are wondering just what the news means for the field of resveratrol research. At the very least, scientists told heartwire, plans for an international meeting scheduled for later this year have been turned upside down: Das was one of just eight international experts on the scientific committee for Resveratrol 2012.
As previously reported by heartwire, the University of Connecticut found evidence that Das had fabricated and falsified data in dozens of published papers, many asserting that resveratrol, found in red wine, improved cardiovascular health. The university is in the process of dismissing Das and has already returned $890 000 of the federal research funding awarded to Das.

By Emily P. Walker, Washington Correspondent, MedPage Today
Published: January 10, 2012
WASHINGTON -- Community-based weight-loss programs have not been shown to be effective at reducing the incidence of diabetes, so implementing a national program would likely be money down the drain, a diabetes expert said at a symposium on Tuesday.

Richard Kahn, PhD, who was the chief scientific and medical officer of the American Diabetes Association for nearly 25 years, delivered remarks to public health advocates and diabetes researchers at the Health Affairs briefing Tuesday, where his remarks stood in stark contrast to the "prevention works" message of the event's other speakers.

He told those in attendance -- some of whom are involved in community-based weight-loss interventions -- that "community programs are ineffective at achieving weight loss."

Kahn -- who now teaches medicine at the University of North Carolina at Chapel Hill -- said that just sustaining significant weight loss, even with intensive dieting, exercise, and coaching, "requires near-heroic measures" in the face of a "very hostile food environment."
He outlined his views in a paper published in the January edition of Health Affairs, in which he wrote that there are two ways to dramatically reduce the toll of diabetes: One is to detect diabetes early and then treat it so effectively that complications from the disease are practically zero. The other is to prevent diabetes before it even happens.
Thousands of public health campaigns are aimed at prevention, and for diabetes, that generally means losing weight. But people have the "fundamental problem" of not being able to maintain weight loss, so preventing diabetes in a person at high risk for the disease is extremely difficult, Kahn said.
His paper looked at diabetes prevention studies, including the large Diabetes Prevention Program, in which patients lost an average of between 4% and 6% of their body weight (but gained about 40% back by the end of the nearly three-year trial). It also looked at the government-funded Look AHEAD trial, which found that intensive lifestyle changes resulted in a major reduction in cardiovascular risk factors, but the effects greatly diminished after four years when many participants gained weight and lost their improved fitness.
Kahn said those studies, along with the Finnish Diabetes Prevention Study -- in which the greatest diabetes prevention benefit occurred in people who lost at least 5% of their body weight -- suggest that "without substantial, sustained weight loss, progression to diabetes will probably resume." Progression to diabetes may be delayed for a few years, but the long-term effects are uncertain, he said.
(However, a preliminary study presented at the American Diabetes Association meeting last year found that a short-term lifestyle modification program for overweight diabetic patients showed long-term benefits for many of the participants.)
"In sum, to date, we have not seen a demonstration of any program that results in a clinically meaningful weight loss that can be maintained for more than two to three years in the great majority of participants and at a low cost," Kahn wrote.
Kahn's remarks preceded those of Kenneth Thorpe, of Emory University, who outlined how the healthcare reform law laid the groundwork for a national, community-based diabetes prevention strategy modeled on the Diabetes Prevention Program.
Kahn said that would be a waste of money.
"The main argument is that implementing a nationwide community intervention program is not going to do anything, I believe, except waste resources," Kahn told MedPage Today.
Kahn said that there are too many unanswered questions about how weight loss works that must be answered before a national program would ever succeed in preventing diabetes in the long term.
"We really need to know what is going on with this complex system we have," he said. "What is going on in our physiology that precludes us from losing weight and keeping it off?"
Another issue that prevents people from keeping weight off is the ubiquity of the "cheap, widely available, delicious food that we eat again and again."
He suggested "painful policies" as the solution -- such as raising the price of all food except for fruits and vegetables, and offering financial incentives to people who can keep weight off, while penalizing overweight people with higher insurance premiums.
He acknowledged those aggressive policies likely would be unpopular among members of Congress and doctors.
"While we wait for the time when lifestyle modification becomes practical, we might be better served by focusing more attention on improving our understanding of the processes that affect energy intake and expenditure and improving the medical management of diabetes," Kahn wrote.
Those medical management strategies include making an early diagnosis and administering "proven treatments that have been shown to reduce complications of diabetes and extend life," he said.
He added that the best doctors can offer right now is to suggest to overweight patients that losing 4% body weight and keeping it off can reduce the risk for serious complications of diabetes by 15% to 20%.