A categorical analysis centered on a baseline HDL showed that a ≥6.5 mg/dL decrease was associated with an 11% increase in CVD risk, whereas a ≥6.5 mg/dL increase reduced the CVD hazard by 8%, as compared with individuals who remained within 6.4 mg/dL of baseline values.
"Our results add to the growing body of evidence that increasing the HDL cholesterol levels might be an important strategy for CVD risk reduction," Gregory A. Nichols, PhD, of Kaiser Permanente Center for Health Research in Portland, Ore., and co-authors wrote in an article published online in the American Journal of Cardiology.
"The prevention of HDL cholesterol decreases could be equally important," they said.
Patients with type 2 diabetes have a substantially elevated risk of CVD, with estimates ranging as high as 87% greater compared with nondiabetic adults. Reduction of LDL cholesterol remains the focus of lipid management to reduce CVD risk.
However, clinical trials of intensive LDL-lowering with statin drugs have shown that at least 10% of patients have major CVD events, the authors noted in their introduction.
Glycemic control remains the focus of diabetes management, although intensive hypoglycemic treatment has failed to reduce CVD risk in type 2 diabetics, they continued. The findings suggest that treatment targets other than LDL and hemoglobin A1c deserve consideration.
HDL cholesterol offers one potential target for CVD risk reduction in patients with type 2 diabetes. About half of diabetic patients have low HDL levels, an observation that has generated speculation that raising HDL levels might substantially reduce CVD risk in that patient population.
Clinical studies have yet to produce clear evidence that increasing HDL levels will reduce CVD risk in type 2 diabetes, possibly because of the lack of safe and effective agents, the authors continued.
Attempts to use drugs to raise HDL have generally been unsuccessful. Several trials of HDL-raising drugs have been stopped because of an increase in cardiovascular events and mortality including ILLUMINATE and AIM-HIGH.
The search continues, however, for a safe HDL-raising drug. Researchers reported at this year's European Society of Cardiology meeting positive results for such a drug in the phase IIb dal-VESSEL trial, and the DEFINE trial, reported at last year's American Heart Association meeting, showed good results for anacetrapib in terms of safety and efficacy.
In addition, the FDA on Oct. 7 approved Juvisync (sitagliptin and simvastatin), the first combination drug to treat type 2 diabetes and high cholesterol in one tablet.
In an effort to inform on the association between HDL level and CVD risk in type 2 diabetes, Nichols and colleagues performed a retrospective cohort study of 30,067 members of the Kaiser Permanente Northwest and Georgia regions. All patients had type 2 diabetes and had at least two HDL cholesterol measurements during 2001 to 2006.
Investigators analyzed clinical data on the patients through 2009 to determine whether change in HDL cholesterol influenced subsequent risk of CVD-related hospitalization. They examined HDL cholesterol continuously and by three categories: HDL increase ≥6.5 mg/dL from baseline, decrease ≥6.5 mg/dL, and no increase or decrease >6.4 mg/dL.
During follow-up, 61% of the patients had HDL levels that remained within 6.4 mg/dL of baseline values, 21.6% had ≥6.5 mg/dL increases in HDL, and 17% had ≥6.5 mg/dL decreases.
The authors found that 3,023 (10.1%) patients had CVD-related hospitalizations during the follow-up period. After multivariate adjustment, they found that every 5 mg/dL greater baseline HDL level was associated with a statistically significant 6% reduction in the hazard for CVD hospitalization (P<0.0001), and each 5 mg/dL increase from baseline was associated with a 4% reduction in CVD risk (P<0.003).
The categorical analysis showed that every 6.5 mg/dL increase in HDL during follow-up was associated with an 8% reduction in CVD risk, which did not achieve statistical significance (P=0.077). However, each 6.5% or greater decrease in HDL was associated with a significant 11% increase in the CVD hospitalization hazard (P=0.047).
Acknowledging the study's limitations, the authors wrote that an observational study cannot prove causality. They also noted that they could not determine the reasons for changes in HDL levels or whether the changes were maintained throughout the follow-up period.
In addition, 24% of patients with type 2 diabetes could not be included in the study because they did not have two HDL measurements.
"Despite these limitations, we have concluded that the changes in HDL cholesterol are associated with changes in the risk of CVD hospitalizations," the authors wrote in conclusion. "Additional study is needed to understand the role of improving HDL cholesterol in a multifactorial prevention strategy."

WCIR: Testosterone Has Links to Insulin

Men with lower than normal testosterone appear to have higher fasting insulin levels, but researchers cautioned against overtreatment because men with high testosterone had an adverse blood lipid profile.

Men with low testosterone had insulin measurements of about 6.3 microIU/mL compared with about 5.0 microIU/mL for men with normal testosterone (P=0.003) and about 4 microIU/mL for men with high testosterone (P=0.01), according to Margaret Groves, M.Phil, M.Ed, a researcher with ZRT Laboratories in Beaverton, Ore.
However, men with high testosterone had higher LDL cholesterol (P=0.02) and lower HDL cholesterol (P<0.05), Groves said here at a poster presentation during the World Congress on Insulin Resistance, Diabetes and Cardiovascular Disease.
"What our study showed is that low testosterone is related to insulin resistance in men," she told MedPage Today, "but we also saw that too much testosterone isn't good either."
She encouraged doctors to monitor testosterone -- especially in light of recent advertisements warning men about "low T" -- with either saliva or dried blood spot testing. "These tests can ensure testosterone levels remain in a physiological range for optimum cardiometabolic risk benefits," she said.
"Testosterone supplementation is being increasingly used to help reverse symptoms of metabolic syndrome and improve cardiovascular disease risk in men," Groves noted. "However, data is sparse regarding the direct effects of testosterone levels on cardiometabolic risk markers."
The study Groves and her colleagues conducted to help provide that data enrolled 228 men, excluding those with diagnosed diabetes.
For purposes of the study, they defined low testosterone as less than 300 ng/dl in the dried blood test or less than 4 pg/dl in the saliva test; normal testosterone was defined as in the 300 to 800 ng/dl range with the blood spot test and 40 to 140 pg/dl with the saliva tests; high testosterone was defined as greater than 800 ng/dl with the blood spot tests and greater than 140 pg/dl with the saliva test.
One of the 20 men with low testosterone reported being on testosterone therapy, 15 of the 174 men with normal testosterone reported being on therapy, and 24 of the 34 men with high testosterone were on therapy.
Besides the positive effect on insulin levels, high testosterone was also associated with lower C-reactive protein -- a marker of inflammation -- levels (P<0.05).
There were no significant differences between the group in glycosylated hemoglobin A1c levels, in triglycerides, or in total cholesterol.
"Moderation in testosterone supplementation is important," said Helen Hilts, MD, of DiabeVita Medical Center in Scottsdale, Ariz.
She told MedPage Today that doctors should be seeking a balanced view, noting that testosterone supplementation does appear to improve some parameters of a man's metabolic profile.

STOCKHOLM -- The novel diabetes drug linagliptin (proposed trade name Ondero) may find a niche in treating patients with kidney problems, diabetologists suggested here.
In a phase III study of patients who couldn't take metformin because of the drug's GI side effects or renal impairment, linagliptin effectively reduced glycated hemoglobin and glucose compared with placebo, Anthony H. Barnett, MD, of the University of Birmingham, England, and colleagues found.
In a second study, renal impairment didn't reduce clearance of the DPP-4 inhibitor nor did the drug worsen renal impairment.
Thus, poor kidney function wouldn't require a dose adjustment, according to Ulrike Graefe-Mody, PhD, of Boehringer Ingelheim in Giberach, Germany, and colleagues.
Both company-sponsored studies were presented at the European Association for the Study of Diabetes meeting.

Quantitative measurement of the cardiovascular benefits of physical

Top 10 Pictures That Shocked The World

The European Medicines Agency’s said Thursday that it has completed a safety review and concluded that evidence "does not support any increased risk of cancer" in patients taking angiotensin-receptor blockers (ARBs). The FDA reached a similar conclusion earlier this year on the drugs.
A review was launched by the agency’s Committee for Medicinal Products for Human Use (CHMP) last June after a meta-analysis showed a small increased risk of new cancers with ARBs compared with placebo and other heart therapies. After examining the study, the CHMP "found that the evidence from the meta-analysis was weak," and suggested that there were "several problems with the quality of the data, specifically that patients in the trials were not followed up for long enough to clearly establish a link between ARBs."
The committee also reviewed data from other studies and meta-analyses, and concluded that "the results did not show an increased risk of cancer with ARBs."
Fuente:  http://www.firstwordpharma.com/node/918248
Publicado por Dr. Víctor Castañeda No hay comentarios: 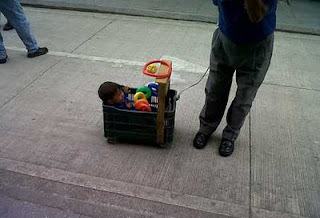 Can metformin be safely used in a patient with elevated creatinine concentration?

Metformin use in patients with diabetes who have a creatinine concentration between 1.5 and 2.5 mg/dL has not clearly been shown to worsen renal function or increase the risk of lactic acidosis. (SOR: B, based on a small RCT and cohort studies.) Still, clinical caution is advised, as rare serious adverse outcomes are hard to study.
Metformin is a first-line treatment for patients with type 2 diabetes mellitus and has been shown to reduce total mortality in this population. However, metformin is thought to increase the risk of lactic acidosis and is considered contraindicated in patients with renal insufficiency.

A 2010 Cochrane review studied prospective and retrospective cohort trials assessing the risk of lactic acidosis and metformin use in patients with type 2 diabetes. In this review, a total 96,295 participants were followed for 125,941 patient-years. The incidence of metformin-associated lactic acidosis was 4.3 per 100,000 patient-years, compared with 5.4 per 100,000 patient-years in the non-metformin group.1 However, only 53% of the studies reviewed allowed the inclusion of patients with renal insufficiency (defined as having a serum creatinine concentration >1.5 mg/dL), which involved 37,360 patient-years of metformin use. Therefore, most patients in the review did not have an elevated creatinine level and an assessment for the worsening of renal function or association of renal failure and lactic acidosis could not be made.1

In 2001, a retrospective cohort study of 1,847 adult patients with type 2 diabetes evaluated the use of metformin after the development of contraindications— including renal insufficiency. During the 30-month study, 88 patients developed renal insufficiency and 66 of those patients (75%) were either continued or started on metformin. Out of the total study population, there was only 1 episode of lactic acidosis in 4,600 patient-years, and that 1 episode was attributed to a myocardial infarction. No patients with renal impairment developed lactic acidosis.3
1. Salpeter SR, Greyber E, Pasternak GA, Salpeter EE. Risk of fatal and nonfatal lactic acidosis with metformin use in type 2 diabetes mellitus. Cochrane Database Syst Rev. 2010; (4):CD002967. [LOE 2a]

The FDA announced approval of sitagliptin/simvastatin

The FDA announced Friday approval of Merck & Co.'s Juvisync (sitagliptin/simvastatin), making it the first combination drug authorised to treat type 2 diabetes and hypercholesterolemia in one tablet. The product combines the company's DPP-4 inhibitor Januvia (sitagliptin) with its statin Zocor (simvastatin).

The agency noted that the fixed-dose combination product is based on "substantial experience" with both individual drugs, and the ability of the single tablet to deliver similar amounts of the compounds to the bloodstream as when they are dosed separately. Mary H. Parks, director of the Division of Metabolism and Endocrinology Products in the FDA's Center for Drug Evaluation and Research, remarked that "to ensure safe and effective use of this product, tablets containing different doses of sitagliptin and simvastatin in fixed-dose combination have been developed to meet the different needs of individual patients." 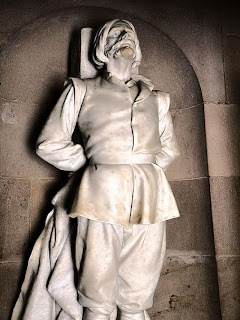 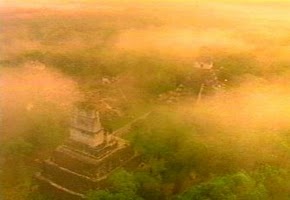